The year 2010 has been declared The International Year of Biodiversity. In this article we outline the basics of Biodiversity, some of the factors affecting it and the implications for mankind.

The year 2010 has been declared as The International Year of Biodiversity. Biodiversity is a relatively new field of study and as the word diversity implies it encompasses a vast sphere of components. The word literally means ‘bio’ – life and ‘diversity’ – many and different, and thus biodiversity refers to many different forms of life.

There are three attributes which make up biodiversity, these are; Composition, Structure and Function. Composition is the amount of different living things in the area as well as the volume of these living creatures. Structure is the landscape and elements, including the shape and spatial arrangement of vegetation. The third isfunction, which is how the living things interact with each other i.e. how they breed, change and eat each other. Combining these factors together would determine the biodiversity of an area and when studying the three attributes you would include everything from the smallest microbe to the largest animal.

There have been various estimates of the number of species currently living on Earth. The range has been extensive; largely because most species are micro organisms and tiny invertebrates. Most estimates fall between 5 million and 30 million species currently living on our planet, roughly 1.75 million species have been formally described and officially named and more than half of these are insects. It is noteworthy that biodiversity dramatically increases as you approach the equator; there are many reasons for this; such as greater land area, more sunlight and increased rainfall. These factors mean more plants and thus an expanded food chain.

Biodiversity is not a static condition, rather it is ever changing and when one considers that environmental conditions are constantly changing this is easy to understand. In nature there are several factors which influence the biodiversity of a community; disturbance events such as fires determine the type of species which can inhabit an area. Habitats such as the Cape Floristic Region in Southern Africa are dependent on fires for the dispersal of their seeds. Fires clear the undergrowth of other species and leave it open for new seeds to germinate and establish themselves without competition from other species.

Competition between species for resources is another major factor affecting community structures and hence biodiversity. Strong competitors will exclude others from an area thereby reducing the diversity of an area but as conditions change some species may thrive and become stronger competitors through adaptation to their environment. Predation will exert top down control in a community as predator species regulate the number of prey species, and may favour one species over another, this will effectively decrease the population of the preferred prey species giving other non prey species an advantage. Prey species will also exert a bottom up control on predator numbers through being a limited resource; the population of predator species will be proportional to the amount of prey available. E.g.: the number of lions in a game reserve will depend on the animals available for them to eat. If the lions prefer Zebra to Wildebeest and eat more of these the wildebeest population will expand and the zebra population will be kept down by the lions. A pride of 20 lions will require more meat than a pride of 10 so if the prey numbers decrease and food is scarce for the lions, eventually the number of lions will decrease. The dynamics of a community mean that interspecies relations will influence all species within the community either directly or indirectly!

The introduction of exotic species into an area is also a key factor affecting biodiversity; exotic species can be defined as those species which are not naturally found within a specific area or country and are introduced into an area either wilfully or unintentionally through human activity. E.g. ships moving between continents often carry rodents, insects and plant seeds on board which are then transferred when the ship docks at its next port. With the expansion of the global village and the increase in international travel this process has been accelerated even further. Often the effects an exotic species will have on a system are unknown until it is too late and the damage has already started.

Various ecosystems around the world are under sever threat due to the invasion of alien species, and environmentalists and land owners are working persistently to remove these from the environment, but it is a constant battle.

Ecosystems are complex and it is sometimes difficult to determine whether a species is indigenous or exotic. With earth’s ecosystems constantly changing, species will naturally cross over into new territory and become part of that system. Initially the introduction of a new species will increase diversity of an area but exotic species are often aggressive species with evolutionary traits which make them highly adaptable or strong competitors therefore they soon out compete local species for resources enabling them to become well established and spread quickly, effectively reducing the population or totally excluding the growth of indigenous species and eventually reducing the biodiversity of an area.

For the last 10,000 years the activities of man have been the greatest factor affecting biodiversity, with adverse impacts occurring at an accelerated pace since the onset of the industrial revolution. There are many factors that created this negative impact on biodiversity such as; mans growing population and need for food, the reckless pollution of water, air and soil. The need for food has seen large tracts of land cleared of natural vegetation and used for agriculture. This means more run-off and flooding, toxins from pesticide and composites and a greatly reduced biodiversity in that area.

At the end of the day the very actions that we use to enhance our survival may be our undoing. The increase in flooding and thus reduced soil fertility will eventually mean crop failure; the increased chemicals in the system will eventually kill off microbial activity, pollinators and other essential components to the farming system, again resulting in crop failure. The consequences of these losses are still not entirely understood but the looming threat to ecosystem functioning is a threat to the survival of our own species. Nature has the remarkable ability to restore herself if allowed to do so, the question is: “will we humans allow her to? For our own sake, can we afford not to?”

The processes which are linked to biodiversity in a region are of great benefit to humans, although many of these services are not readily observable and have largely gone unnoticed in the past. As ecosystems are disrupted the function provided by the system is suddenly noticed when problems arise. For example; wetlands act as giant sponges, absorbing excess water, either from rainfall or surging rivers, preventing potential flooding downstream and then slowly releasing the water over time. They are also highly efficient natural water treatment works, absorbing chemicals, filtering pollutants and sediments, breaking down suspended solids, and neutralising harmful bacteria, thereby cleaning the water before it is released back into the environment and efficiently using the organic content. Without wetlands, large volumes of heavily sedimented water rushes downstream, harming fragile ecosystems located there. This sediment is eventually dumped in estuaries or the shallow coastal regions both of these are themselves essential ecosystem. Estuaries play a role in the life cycle of many marine and fresh water species, and are used as nurseries because they provide a safe, nutrient rich, environment for juvenile organisms. But since 1900, more than 50% of the world’s wetlands have disappeared – largely due to human activities. Because natural systems are so closely linked with each other, the loss of one will degrade and potentially threaten the functioning of the other.

In an effort to demonstrate the importance of ecosystem functioning the ICUN calculated the monetary value of the goods and services provided by ecosystems, the estimated amount was US$33, 000,000,000,000 (US$33 trillion) annually. That’s more than double the United States GDP for 2008!!! For the sake of our own survival we cannot afford to lose ecosystems as we rely on them so heavily.  Fortunately, some people are changing things for the better, conservation groups have heightened awareness of the issues and people are taking notice. There is a surge of focus towards sustainable living and a new approach to conservation overall. Environmental issues are at the forefront of political agendas, and the “greenies” are being heard!

The study of biodiversity is a relatively new science and much is yet to be learnt, so far we can see that it is multidisciplinary; incorporating social, political, biogeography, oceanic and terrestrial ecology. The more we learn and the better we understand the factors and processes contributing to the sustainability of biodiversity the more success we may have in effectively conserving it. Hopefully we will see the error in our selfish ways and realise that it is not a luxury to protect the natural world but a necessity. We need to cultivate and develop a respect for species other than our own because our survival is intrinsically linked with theirs. We cannot forget that we are dependent on the natural world for so much and that by destroying it we ultimately place our own species on the path to destruction.

The Lawrence Anthony Earth Organization is an independent, non-profit group which seeks to reverse the dwindling spiral of the plant and animal kingdoms and our environment through education and action. 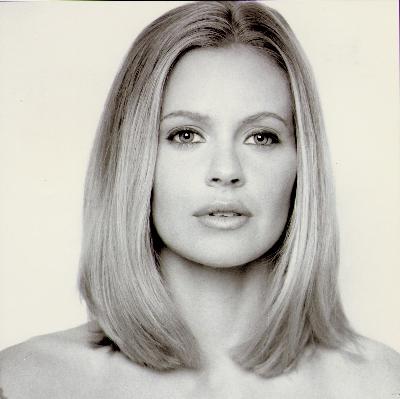 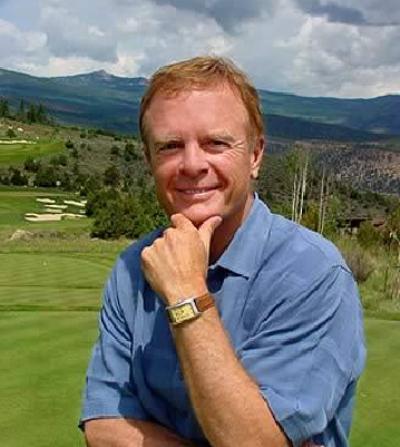 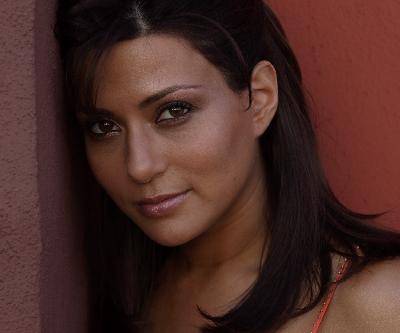 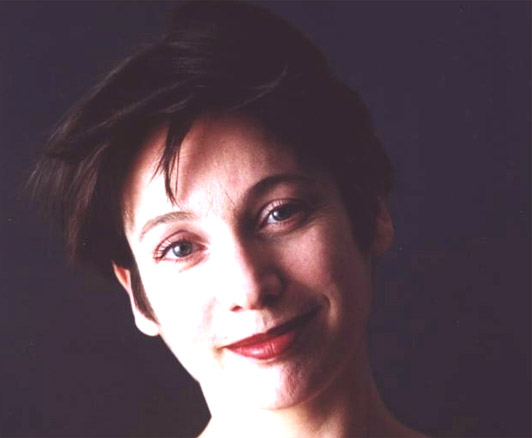 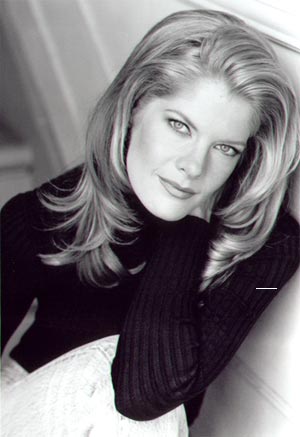 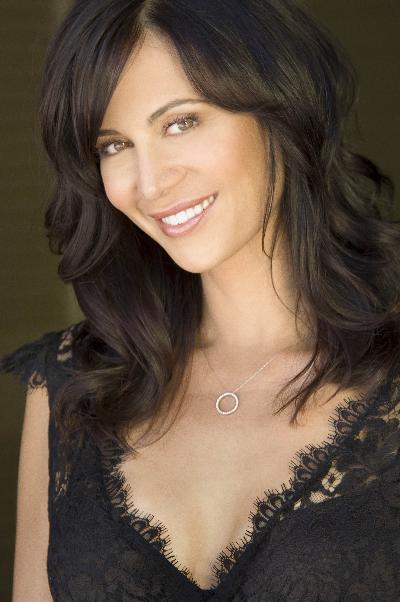 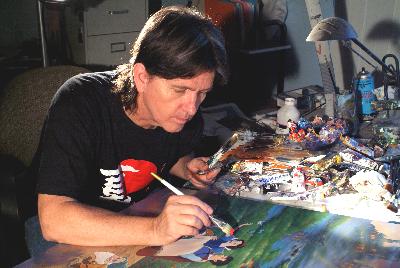 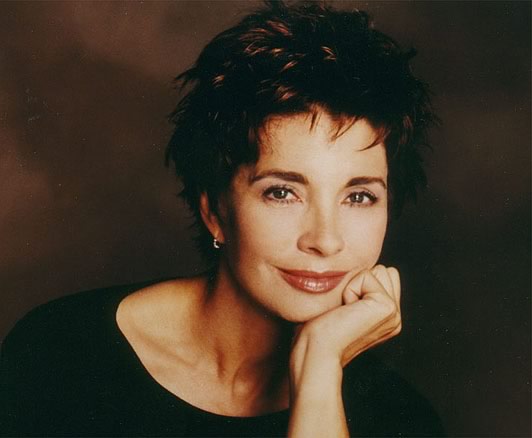